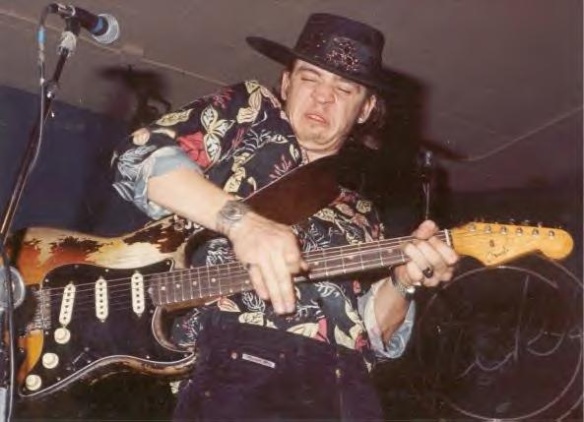 There are a few days so far that I know I will never forget….1984, eating lunch in the Bradfield Elementary School cafeteria, hearing that the Challenger Space Shuttle fell….filling out fishing licenses at Westbank Anglers in Jackson, WY at about 7:45 am on Sep. 11, 2001 and I remember the day I walked home during the first week of my sophomore year in High School in Dallas, TX  to see that Stevie Ray Vaughan had died.  Now, I knew about SRV, but didn’t really know his music that well.  I knew he was the prominant Texan guitar ripper, originally from Dallas, TX.  My dad is a very good musician and I had heard him speak of him in relation to his good friend and blues guitarist, Bugs Henderson who knew SRV.  I had done a research paper on the history of blues the year before, so that is where most of my interest of SRV lay.

I immediately went and bought a couple cd’s to get familiar to his music.  I remember I bought the Soul to Soul and Texas Flood albums, and was a blues freak from here on out.  Of course I meandered, had the Zeppelin phase, the Bob Dylan phase, the Country Phase but always back to the Stevie stuff.  If you like the Stevie stuff, most likely you will like all blues.  Blues by nature is the foundation of all good rock n roll music, and the roots stuff from the 30’s and 40’s is very hard to get into, in the end it is the foundation.  Although I wouldn’t be inspired to learn the guitar for a few more years, I now play blues and come nowhere close to mimicking Stevie Ray Vaughan.  Another late musician you need to check out is Sean Costello.  He has a few albums and some good stuff on youtube.  If you are in the Atlanta area, check out Truett Lollis, the only person that I get chills hearing when he plays a SRV song, to me it is very rare! 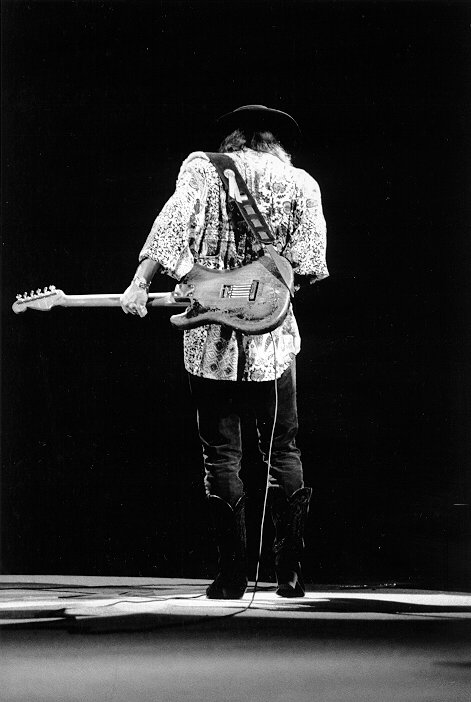 We got Louis Cahill in the shop today filming each of us tying flies for his blog,
www. GinkandGasoline.com
I’ll probably get edited out. 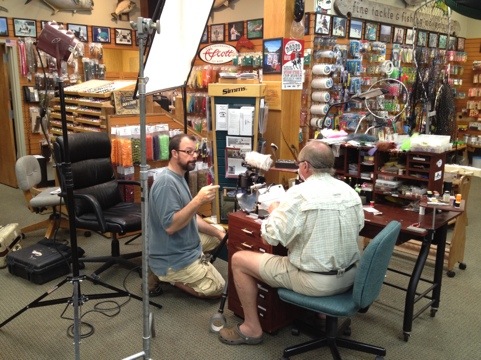 On the Hooch today, puppy striper.

We had a great time playin at the Sweetwater brewery yesterday. Couldn’t quite get the good people to the front, we might have melted their faces anyhow.

Did a mural on a wall for some folks here in Atlanta for their little boy. It was something different, glad I did it. Now back to fishy subjects!